I chose the ballad of Reynardine for my cover image almost immediately I read the manuscript for ‘Where dragons soar’ but felt I had to consult Pete Castle before I began the piece as it was a song rather than one of the many brilliant stories in the book. Pete said ‘yes! That would be great! Can you put him in Whitby too? So an idea was born…

I first heard this ballad on Buffy Sainte Marie’s ‘Fire and Fleet and Candlelight’ album when I was very young and was reminded of it years later when I saw the film adaptation of Angela Carters ‘Company of Wolves’ the combination of dangerous males and shapeshifting is always an intriguing one for me.

Because he was going to be placed in a Whitby setting there was also the vampire connection to be played with a little so I found a vintage photo of a rakish gent I was hoping would not look altogether out of place in Whitby at certain times of year even now and photoshopped a fox head onto his shoulders. I tried a few different ones but eventually settled on one with a particularly penetrating stare looking directly at the viewer. With the addition of Whitby abbey in the background and a sky from one of my own source photos I had my composition sorted and could begin to paint. 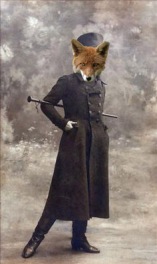 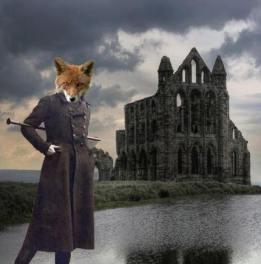 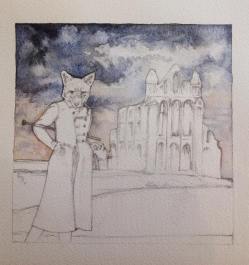 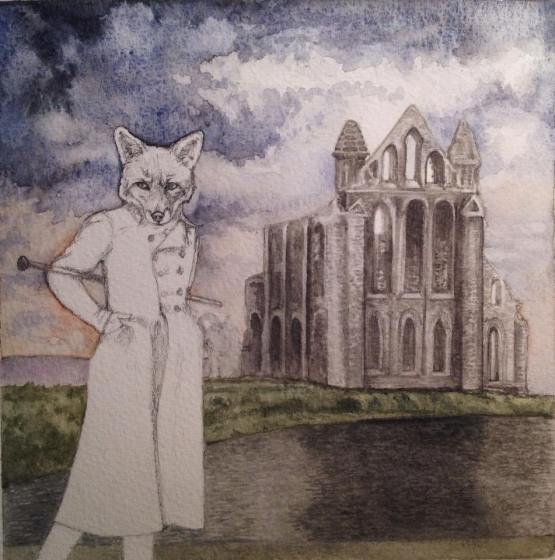 I form a relationship with all of my cover characters during their creation and this one was not an easy one for me… I had to put him out of sight between sessions as he rather unsettled me, (he still does a bit) and I was glad to send him off to the publisher finally! The observant among you will notice I added a tiny dragon to reference the book title, you have to look to spot him though…

Here is a bit more info about the song itself for those who may be interested, the lyrics are Sandy Dennys version:

One evening as I rambled
Among the leaves so green,
I overheard a young woman
Converse with reynardine.

Her hair was black, her eyes were blue,
Her lips as red as wine,
And he smiled to gaze upon her,
Did that sly, bold reynardine.

She said, `kind sir, be civil,
My company forsake,
For in my own opinion
I fear you are some rake.”
`oh no,” he said, `no rake am I,
Brought up in venus’ train,
But I’m seeking for concealment
All along the lonesome plain.”

`your beauty so enticed me,
I could not pass it by,
So it’s with my gun I’ll guard you
All on the mountains high.”

` and if by chance you should look for me,
Perhaps you’ll not me find,
For I’ll be in my castle,
Inquire for reynardine.”

Sun and dark she followed him,
His teeth did brightly shine,
And he led her up a-the mountains,
Did that sly, bold reynardine.

the song was originally published as a broadsheet in 1804 with the title ‘The Mountains high’ and although the name “Reynardine” is found in the 19th century version, the association with foxes, as well as Reynardine’s supernatural characteristics, first arise in connection with a fragment of the ballad (a single stanza) that was collected in 1904 by Herbet Hughes.

The source’s recollection of the ballad was that Reynardine was an Irish “faëry” who could turn into a fox. This ability may have been suggested by the fact that Reynard is french for Fox…
Both Hughes and a friend named Joseph Campbell wrote short poems incorporating this stanza and the fox interpretation, aspects of which A L Lloyd in turn adapted for his versions of “Reynardine” Lloyd’s versions incorporate several striking turns of phrase, including “sly, bold Reynardine” and “his teeth did brightly shine”, that are not found in the original ballads.
Lloyd generally represented his versions of “Reynardine” as “authentic” and few modern singers know that the ‘werefox’ interpretation of the ballad is not traditional. Lloyd’s reworkings are certainly more interesting to the modern listener than the simple and moralistic original ballads, and have gained far greater interest from singers and songwriters; his versions of “Reynardine” have served as inspiration for many additional modern versions
A version of unknown origin from the late 19th century is called “A Vampyre Legend.” In this variation, Reynardine is searching for concealment from “the Pious men”, and the young woman’s fainting and paling colour are due to blood loss. 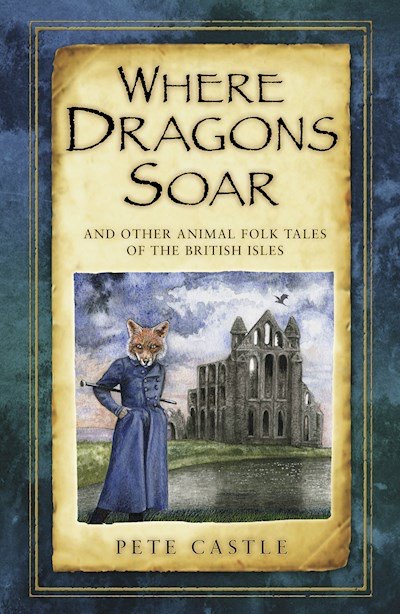